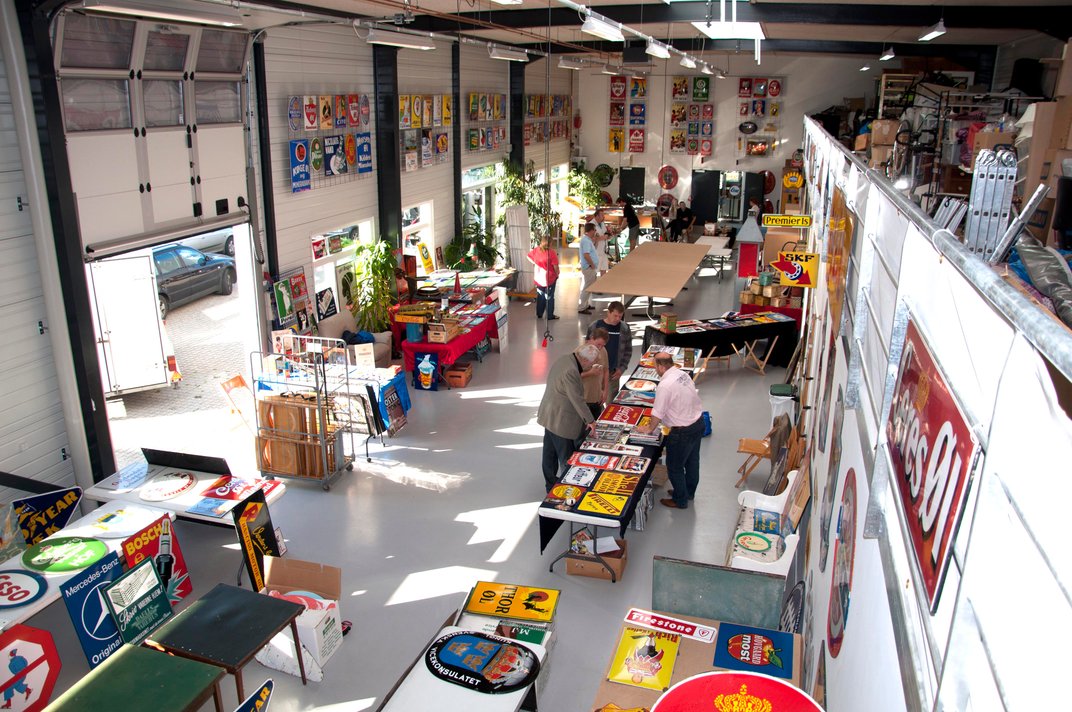 In Denmark, enamelled posters made their appearance somewhat later than in Britain. The earliest mass produced enamelled advertising poster in Denmark dates from 1893. But it was not until after the year 1900 that enamelled posters gained a real foothold. Their breakthrough came with the British firm of Reckitt & Colman, which in 1901 established a Danish agency for its brands Brasso, Reckitt and Zebra. The firm supplied thousands of flat enamelled posters to Danish retailers. Before the First World War it were mostly foreign manufacturers of proprietary articles that supplied enamelled posters to Denmark, particularly for chocolate and technical products such as bicycles.

An indigenous production of enamelled posters in Denmark was begun in 1886, but until 1916 it comprised almost exclusively posters with lettering: Enamelled signs used for street signs, house numbers or signs for gateways. The latter covers enamelled signs which bear only information about name, profession and directions to a situation. Almost all of these enamelled signs were made with blue base colouring and white lettering. In the period 1916-1931 almost all enamelled posters for advertising purposes were imported from Germany. It was not until the Danish state introduced import restrictions in 1932 that the Danish manufacture of enamelled posters really blossomed. There were two competing firms. The larger was Glud & Marstrand, which since 1896 had produced enamelled kitchenware but not enamelled posters. In 1931, they bought Carl Lund’s Enamelling Works, closed down this company’s manufacture of enamelled posters and established a wholly new and modern plant for making enamelled posters. They faced competition from the Copenhagen Enamel Works which - despite its name - confined itself to importing enamelled posters fromGermany in the period 1908-31. The Copenhagen Enamel Works won a contract to supply enamel car number plates to the Ministry of Justice. Thus, in 1931, there was a basis for establishing a production in Copenhagen. These two firms supplied the majority of enamelled posters for the home market. For 30 years, there was a steady demand for enamelled products, but then the market began to dwindle. Glud & Marstrand closed in 1966, and theCopenhagen Enamel Works in 1975. By then, the enamelled posters had virtually disappeared from Danish retail shops. The old-fashioned shops had been modernized into self-service or supermarkets, a development which gained momentum after 1960. The small shops disappeared, and the shop front advertising with enamelled posters went on the scrapheap. At the same time as in Britain, interest awoke in Denmark in the “Street Jewellery”. In the beginning, collectors were given these posters for free. Shopkeepers shook their heads at the idea of adorning one’s living room with such a poster! But by doing so, we helped preserve this part of our cultural heritage.

About 1975, the collecting of old things became popular in Denmark, and enamelled posters were among the coveted collectors’ items. All of a sudden, a widespread interest in such things awoke; the number of collectors increased and prices skyrocketed. It is difficult to assess the scale of the interest in Denmark today. At a guess, 150 persons have it as their main interest. In addition there are of course many more people who are fascinated by enamelled posters and who have a few enamelled posters or a small collection of up to 10-20 posters on their walls. They may also be used for interior decoration in shops or pubs. A couple of Danish museums have minor collections. But there is as yet no Danish museum that covers such a field as proprietary articles and advertisement. The increasing private interest has also sent prices soaring: 25 years ago, £75 was considered a high price to pay for an enamelled poster, but last year a record £5,000 was paid for a single enamelled poster in Denmark. In this respect, there would appear to be little difference between Britain andDenmark.

In Denmark, there is no association for collectors of enamelled posters. For this reason, a collectors’ get-together will be arranged for the first time on 24th March 2007. It will take place in Copenhagen, where there will be a display of 150 enamelled posters, with an opportunity for buying, selling or swapping. The next issue of Street Jewellery will contain a brief report on the get-together. 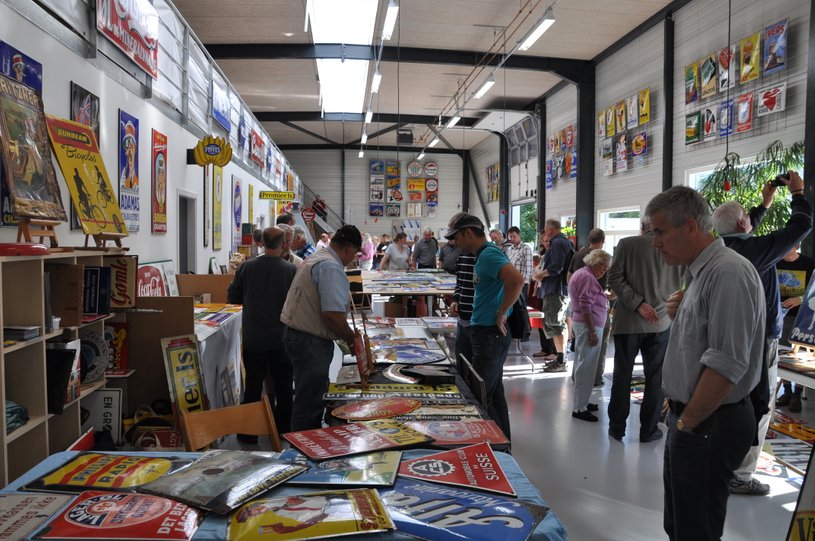 Pictures from collectors meeting in Birkerød, north from Copenhagen 2009